Urban dwellers are so busy between work and life that they don't spend a lot of time in their condos; they are really just a place to crash. Why do they need huge spaces with high fees (and mortgage payments) that they are not enjoying? 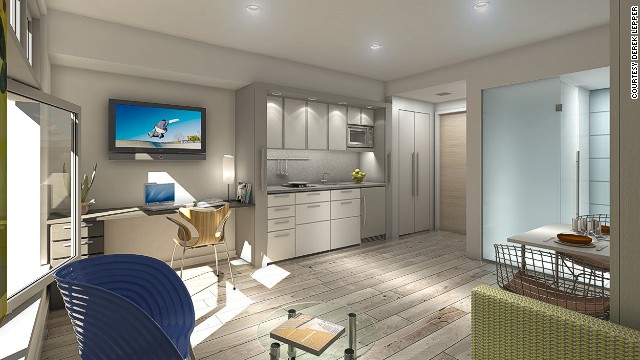 Via: The Real Deal

With the 13,000 new rental apartments in Manhattan, Brooklyn, and Queens expected to open this year, developers have tended to minimize individual apartment square footage while maximizing shared amenities. The strategy of creating, for example, studios that are 50 square feet less than the neighborhood average but include amenities ranging from basketball courts to in-house dog runs allows developers to keep rents competitive — this though land prices have been skyrocketing. Overall, rents are expected to remain stable this year. “You can’t just build a vanilla building… Renters want to walk in and see the latest, greatest and best,” Gary Malin, president of Citi Habitats, told the New York Times. The building taking this trend to its furthest extreme is Monadnock Development’s My Micro NY, which will debut at 335 East 27th Street later this year. The building will feature 55 prefabricated apartments of between 260 and 360 square feet.